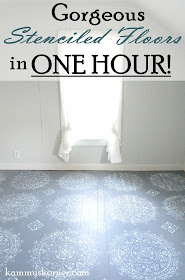 The bright orange carpet in the bedroom at Gidley Station was beautiful.  (What is Gidley Station?  Click HERE to read last week's post)   We contemplating keeping the lovely fifty year old stuff but ya know.  Doesn't match most decor these days.  ;) 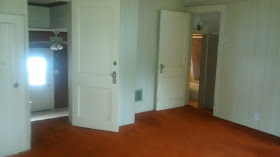 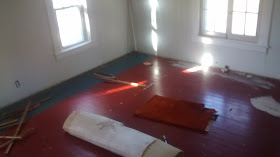 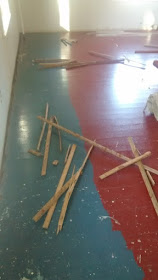 After removing all the tack strip, nails, and staples, I painted the floors a dark gray.   It took two think coats applied with a nappy roller.

Every since I stenciled my daughter's bedroom floor in our old house, I've been dying to do it again!
(See Tori's floor HERE)

I was especially anxious to try out my new Mandala Stencil from Cutting Edge Stencils on a floor.  This is the Prosperity Mandala Stencil and I've already used it to decorate a clock, a chair, wall decor, and more.

Since math and measuring and numbers punch my panic button, I laid the stencil down on the floor and did the unthinkable for all my "type A" friends - I eye balled it! 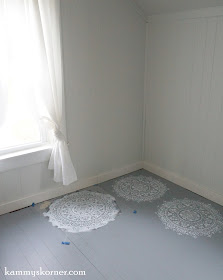 The blue tape ended up being annoying and slowing me down, so I did away with that after the third stencil was completed.
So how does this go so fast?? 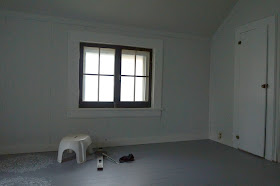 Here's what I did:

I used an almost-dry, small nappy paint roller (a small foam roller works too, but I preferred the nappy for this).  Having a SMALL AMOUNT OF PAINT for this is KEY, unless you want the paint to bleed.  And you don't.
To get the extra paint off after dipping my roller, I rolled out the access paint on a closet door that needed a fresh coat of white.  If you don't have anything else to paint, roll it out as much as you can on a clean piece of cardboard or in an empty paint tray.

I could get about five designs out of the roller before I had to redip in the paint.  The first design after dipping, I used very little pressure.  By the fifth or sixth medallion, I was using a lot of pressure to squeeze the last bit of paint out! 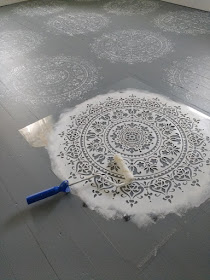 The lines from the wood served as great guidelines for keeping me fairly straight and evenly spaced out.  Are they perfect?  No.  But unless your friends are visiting and  getting out their measuring tape, nobody should notice.

Once you get started, this process goes super quick!  It took me about forty minutes to cover the floor (and that included painting the closet door)!

When I was finished, I wished I had off centered each row.  But I wasn't about to redo it all, so I had a better idea.  Fill in those big empty gaps where the four "corners" meet! 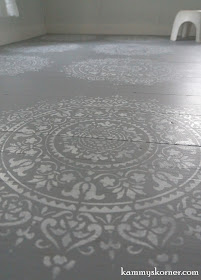 I had this diamond-design stencil, though it was a bit smaller than I would have liked, but it gave the floor that extra "filled in" look that I wanted.

So the next day, I took my roller back out (just folded up tight in a plastic back so it wouldn't dry out from the day before) and eye-balled it again.  "Yup, that looks like it's about in the middle!"

About twenty minutes later, the diamonds were done.
In all?  ONE HOUR to stencil this floor! 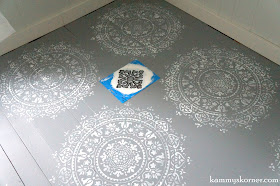 You can see the floor planks didn't go all the way to the wall and that the trim we hoped would cover the gap, didn't.  So up next - quarter round trim! :) 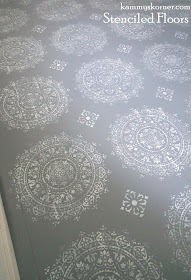 I will probably put a polyurthane on to seal it yet, but I'm not sure.  It yellows that paint after it dries, but I can't find anything tougher so I'm a little nervous to use it.  I was told not to use floor wax because then you'll never be able to repaint.  I think I'll wait until this floor as cured for a few more days and then drag something heavy across the corner and see how it holds up. Eek! :) 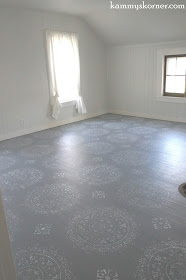 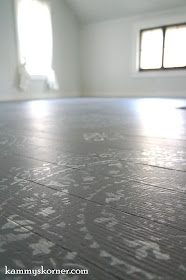 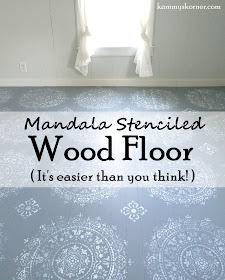 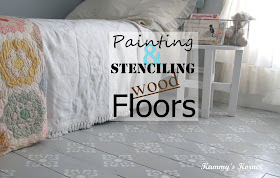 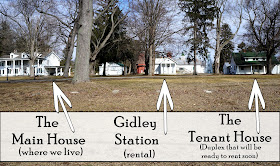 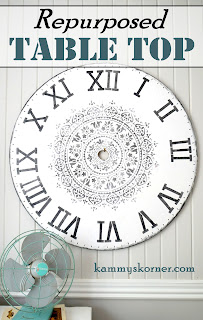 Comments - Next best thing to chocolate! :) Please let me know you visited!